“Worgen scouts have been pressing into Hillsbrad and Silverpine, leaving behind them a trail of destruction and slaughter. We assisted with defeating and capturing several in the mines – only to then have to prevent them from being rescued. The Order Of The Gray Hand is a long standing foe of ours, and we welcomed the chance to ‘dance’ with them again. The outcome was savage, as the Worgen are not ones to take lightly in hand to hand combat. For all purposes the battle itself was a tie between us, mutual destruction insured – save for Henry tipping the tide of the battle in our favor. Henry alone dispatched some six Worgen!

Afterward we retreated to tended to our wounds and gathered once more in Ambermill at the tavern to relax. There we discussed the battle, tended to our wounds, and considered the fate of the Worgen. All of this while awaiting the arrive of our newest potential Allies: The Sons Of Doomhammer. The Sons Of Doomhammer have recently settled into our area, seeking fresh conflict and glory. They are located in Hillsbrad, and are only too happy to fight alongside us. We received them with open arms and gave them the high honor of executing our first Worgen Prisoners. -U”

The two sides clashed in the mines, the Alliance looking for the captured scouts. The outcome of the fight was bloody for both.

Among our brawlers one stood out among the others, Henry. He finished off several foes, and ultimately tipped the fight in our favor. 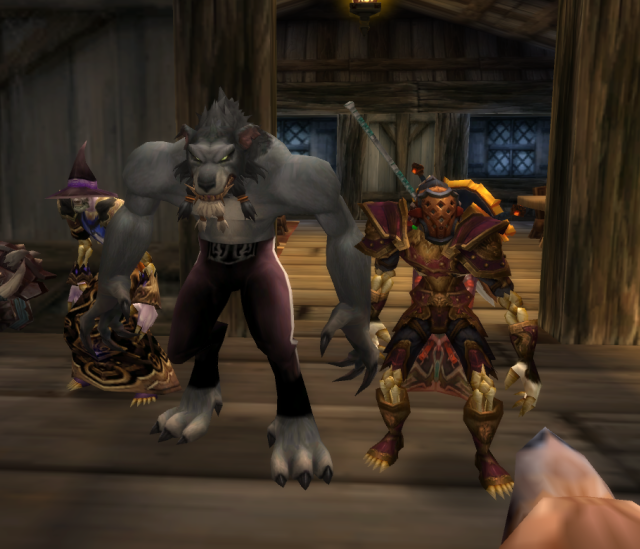 Come Tavern Night, the fate of the captive Worgen Scouts was the main topic at hand. The discussion was to use a handful for experimental research into their feral state, and then to execute the others. 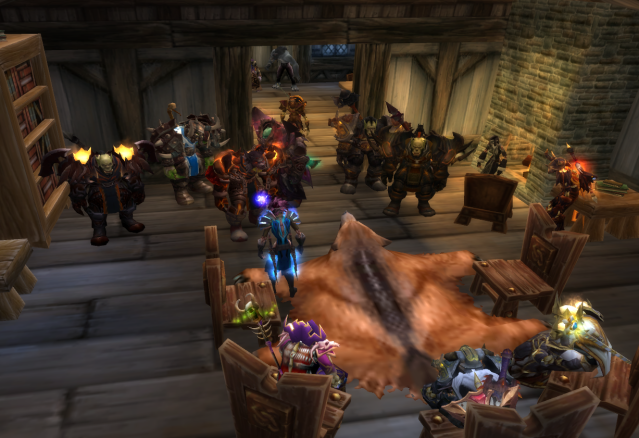 The Sons Of Doomhammer joined us to discuss their relocation into the Hillsbrad area, and the pending conflicts coming to our lands. To mark the occasion we allowed the Orcs to execute the first of the Worgen prisoners.

The first execution took place outside the tavern. Orcs and Forsaken alike gathered to observe the death of the Worgens execution. His head was later collected and posted on a pike outside Ambermill.