“Several days ago one of our shadow Priests was taken prisoner. Due to the comm implanted into his skull, he has been able to provide us with infrequent updates and intel on who has him and where he thinks he is. All communications ended recently, and did so in a bloody assault in which he said something about Orcs. We believed their base to have been in Netherguard Keep, which has been their outpost for several years now. Reports from the area speak of devistation, of the dark portal under going some change, and large scale carnage. We rode out hoping to reclaim our brother, only to find the blasted lands in anarchy. -U”

Once more we rallied in the ruins. Everyone had instruction to pack for a lengthy field trip, which for the undead means extra arms and repair kits. Normally when we ride out with allies we pack extra food and medical supplies for the living in the event that the living are in need. As undead are needs are few, and our movement and response time is swift for it. 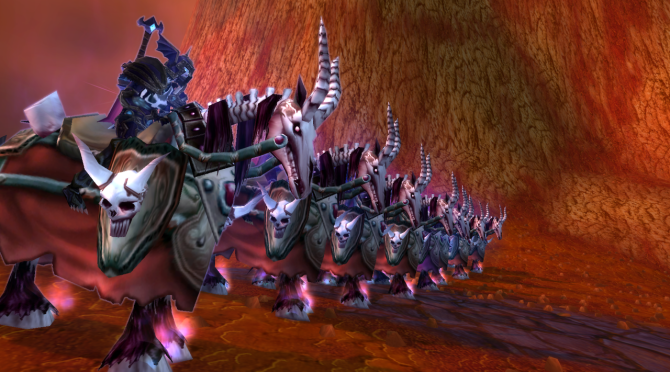 Arriving in the Blasted Lands, we were confronted immediately with the sight of Orcs, none of whom bore standards or insignia of friendly forces we know. We found both Alliance and Horde bases in the area over run, a slaughter. Our Brother still remains unaccounted for, and his captors no where to be found among the bloated corpses left at the Keep.