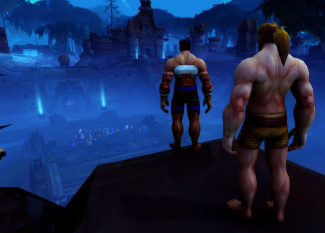 “Negotiations regarding the fate of prisoners on either side of the conflict broke down, and a bloody brawl followed.” 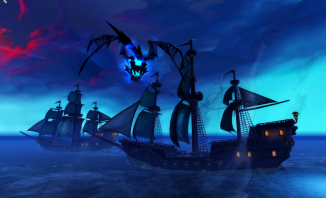 “Naval battles between Horde and Alliance forces off the coast.” 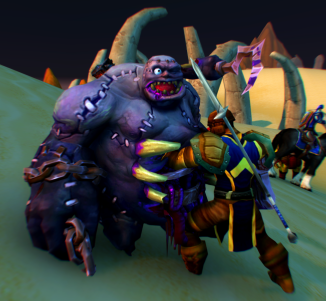 “The Alliance assault and push into our lands will be met with hostile forces every step of the way.”

“Patrolling the desert ruins by night is preferred, as the campfires of Alliance forces betray just where they sleep.” (RP-PVP Campaign this week and next) 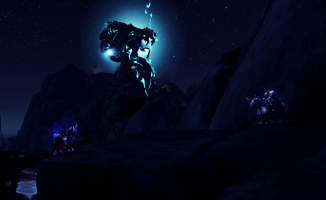 “High Command has issued orders to collect from the Alliance a prisoner or see to it that the prisoner is silenced. We do not parlay.” 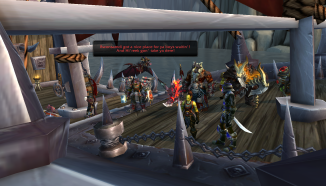 “We have orders to join the rest of the Horde’s forces deployed to face the incoming Alliance assault. Once more we rallied and rode out among a wave of troops now on the move.”

Ship Name: Fleet Admiral Archduke von Squeezey
Ship type: sea monster (necromantically animated)
Finding themselves under orders from High Command to assist in the defense of Zul’dazar, and typically underfunded in this action (while also facing the customary recycling threats if an ‘effective defense’ was not mounted) the loyal stalwarts of Undercity Nexus decided to do some depression drinking. In this narcotic haze, UCN’s spellcasters developed a plan. Recalling a long deceased Kraken resulting from past combat actions off the coast of Arathi (that had been preserved under the grounds of ‘it might be useful I guess’), the group animated the creature, and sent it forth as their new fleet admiral.

OOC: This NPC will be used to represent UCN during the upcoming Naval Battle rp-pvp event. 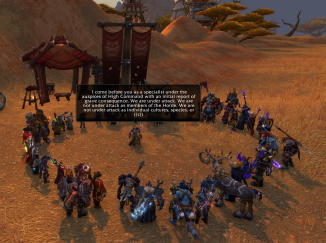 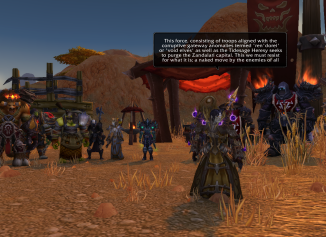 “The Horde Summit brought grim news, and to it, we brought an ever greater threat. The corruption of the Void and Old God grips the Alliance.” 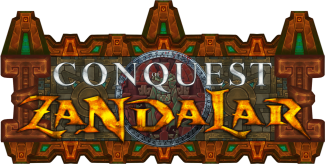 The Blood War is rapidly spreading to all corners of Azeroth. As battlefronts rage in the Eastern Kingdoms and Kalimdor, the new allies of the Alliance and Horde in Kul Tiras and Zandalar are eager to contribute to the war effort now that their local threats have been subdued. Unwilling to allow the Zandalari Empire opportunity to strike first, King Anduin Wrynn has gathered a massive invasion force to attack the island nation and bring the city of Dazar’alor to its knees. With the support of the Kul Tiran Navy, the Alliance may well prevail in Zandalar – but only if it manages to survive the unforgiving wilds which the Zandalari Empire calls home. The Horde, anticipating this invasion force, have begun preparing their defenses. Great war machines are being deployed throughout the isle, and troops from Kalimdor are being shipped in daily to the bustling port city of Dazar’alor. The Zandalari Empire knows this isle better than any other faction in Azeroth, and will employ every tactic they can to ensure that the Alliance shall fail in their hubris. (Graphic made by Valantus!) The Conquest of Zandalar will be a month-long war campaign between February 15th and March 8th consisting of D20 and RP-PvE events dedicated to the three zones of Zandalar. Each day of the campaign will include multiple objectives for raid groups to complete. Events where Alliance and Horde players clash may be disrupted due to the phasing present in Zandalar.