“The Forsaken Council and survey on behalf of High Command was a success with many voices and opinions offering problem solving solutions and fresh insight into the troubles we face.”

“Another campaign, another long ride home through hostile territory.” – Screenshots are of the UCN ride out to return to the Northern Eastern Kingdoms after taking part on the latest Conquest RP Campaign on Moonguard. 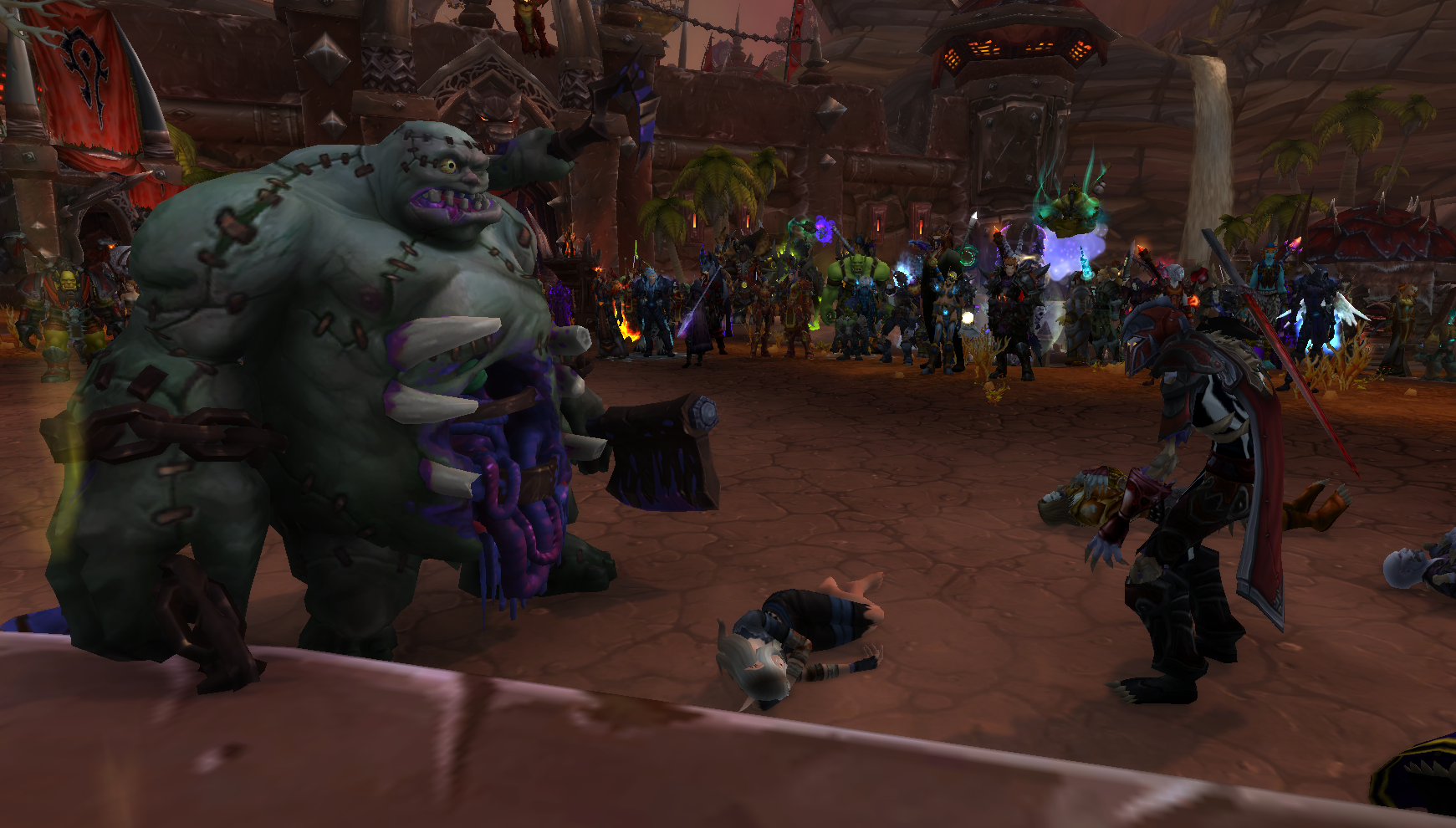 A number of traitors to the Horde and our Great Dark Lady were publicly executed. The crowd showed them no mercy, or sympathy. 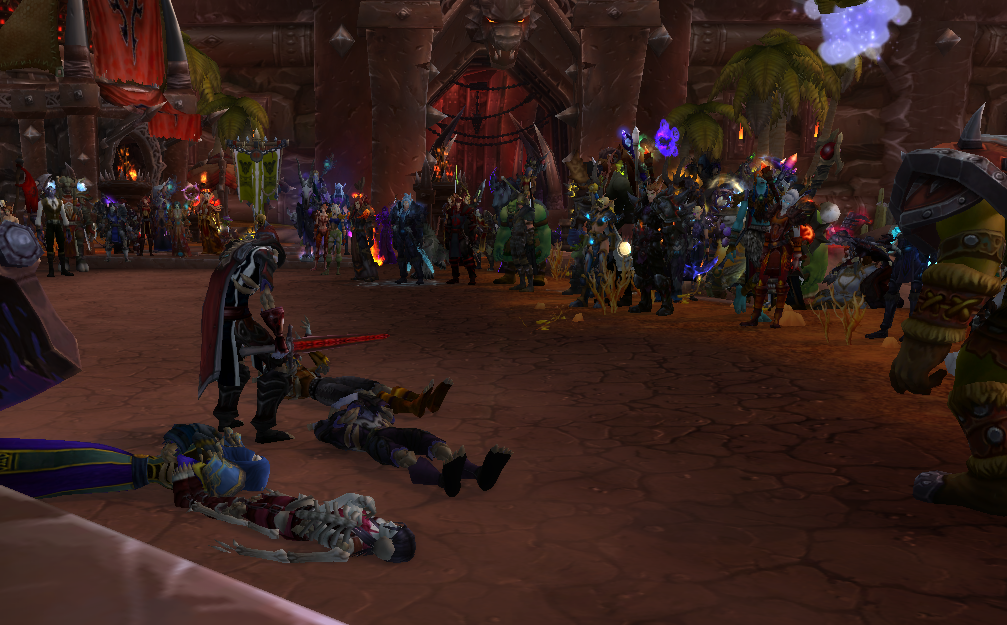 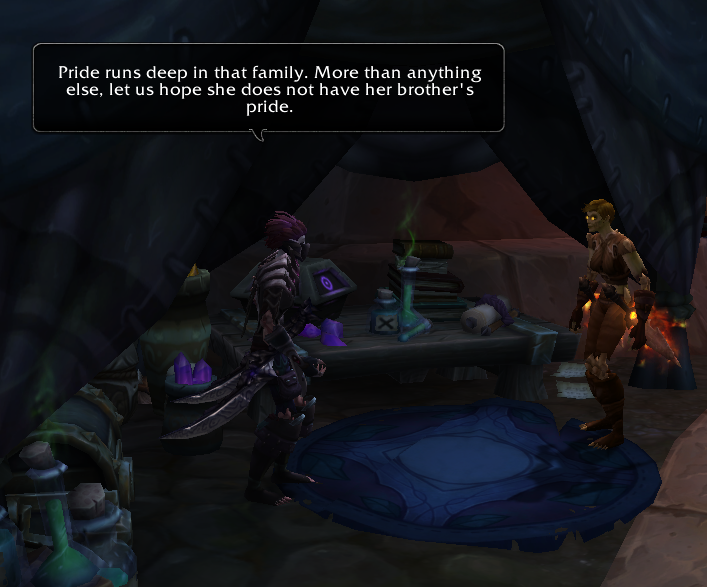 “For the time being our unit is at rest, and has been sent back among their standard callings. All the same, there are growing matters that demand our attention. Networks of informants still feed us even as the unit slumbers. -U” 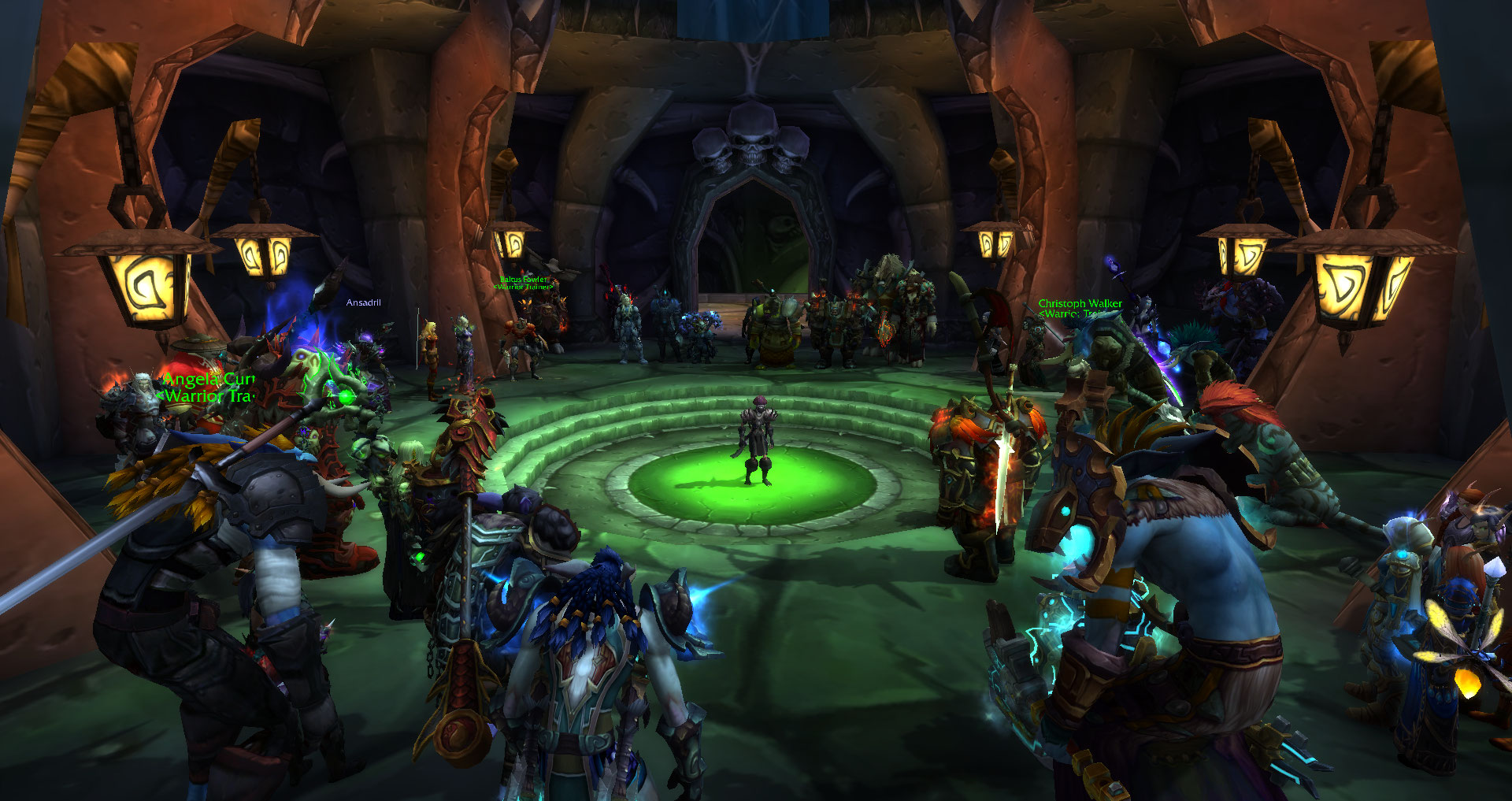 “Leaders of various factions within the Horde gather, and discuss our plans and mutual fates.”

“Whoever decided to use the Auction Houses as a dance floor needs to be shot. Furthermore, who brings Imps to a party?”

“After returning to the Undercity I began to research the tabards and markings of the humans who ambushed our blight wagon convoy. Much to our mixed delight and disgust it was discovered that the group did not belong to the Alliance and were members of the so called Alterac nation. All bets are off. With that knowledge we made haste to get our bodies repaired and returned to the field to track down the injured men and women and ambush them as they were recouping.

We were kind enough to knock on their door before entering into the fray. By knocking on their door I mean we deployed a ‘bombie’ – a freshly dead Alterac human who we gutted, stuffed full of glass, waste, and rotten mean, and armed as an explosive. Said bombie was sent walking their way, begging for help…a calling card few can ignore. -U”

“Our meeting and debriefing with the Argent Onslaught was brief, though productive. -U” 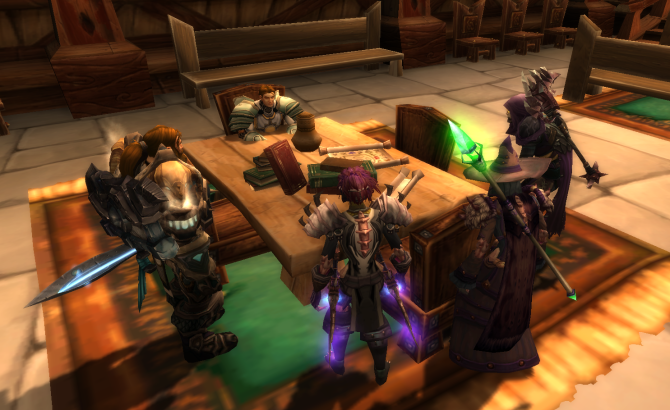 Something rather nasty is going on in Uldum.

The Undercity Nexus, in the past, has successfully hunted down and eliminated remnant cells of the Cult of the Damned. We’ve stolen their research, usurped their plans, and for the good of Azeroth? We’ve pretty much been cleaning house where others have forgotten to dust. Or scrub. With corrosive cleaning chemicals and sometimes fire. Lots and lots of fire.

It’s been some time since the Nexus has gotten their last lead. But that’s about to change.

“The lower courts are hosting military tribunals to address the guilty Kor’Kron War Criminals. These trials are largely a show….and are by some being used as a political soapbox to stab at Horde and Alliance tensions. After the trial, there were a few near brawls between the Nexus and a variety of attending Alliance groups. -U”

The turn out was grand, a mix of supporters and foes alike. Skullcrusha was not tried at the Tribunal, deemed more fit for a higher court and authorities.

A few come forward to speak on behalf of the guilty, trying to plea down the sentencing and harsh judgments they might face.

The guilty stood before the Judges and audience with Alliance and Horde guards posed to deal with any problems.